Mardi Gras is believed to have arrived in North America on March 3, 1699, when the French-Canadian explorer Pierre Le Moyne d‘Iberville camped about 60 miles downriver from the future site of New Orleans. Knowing it was Fat Tuesday back in France, Iberville named the spot Point du Mardi Gras and held a small gala.  source 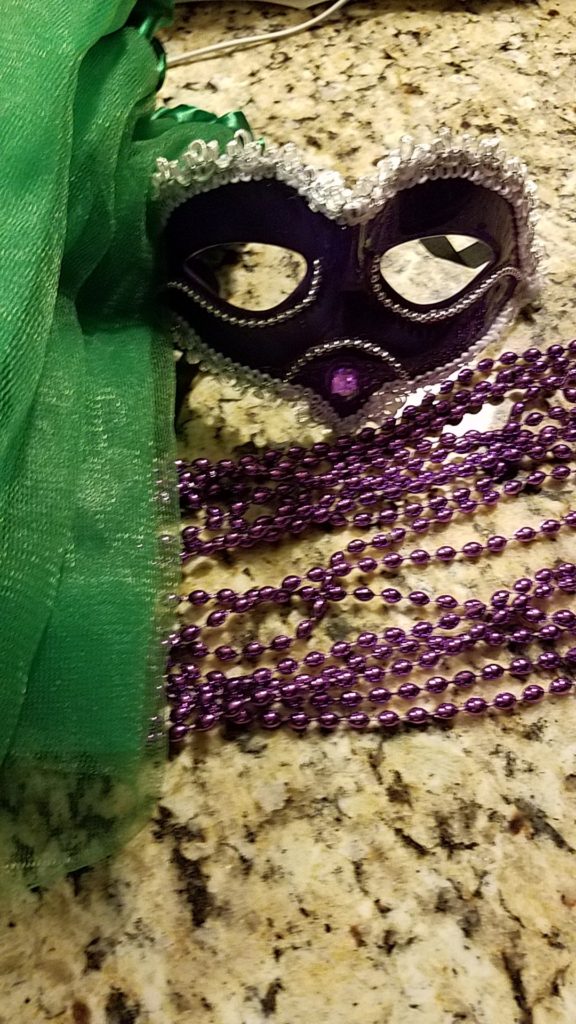 We went to the clubhouse to celebrate with George and his crew. Sometimes you want to go where people are always glad you came. 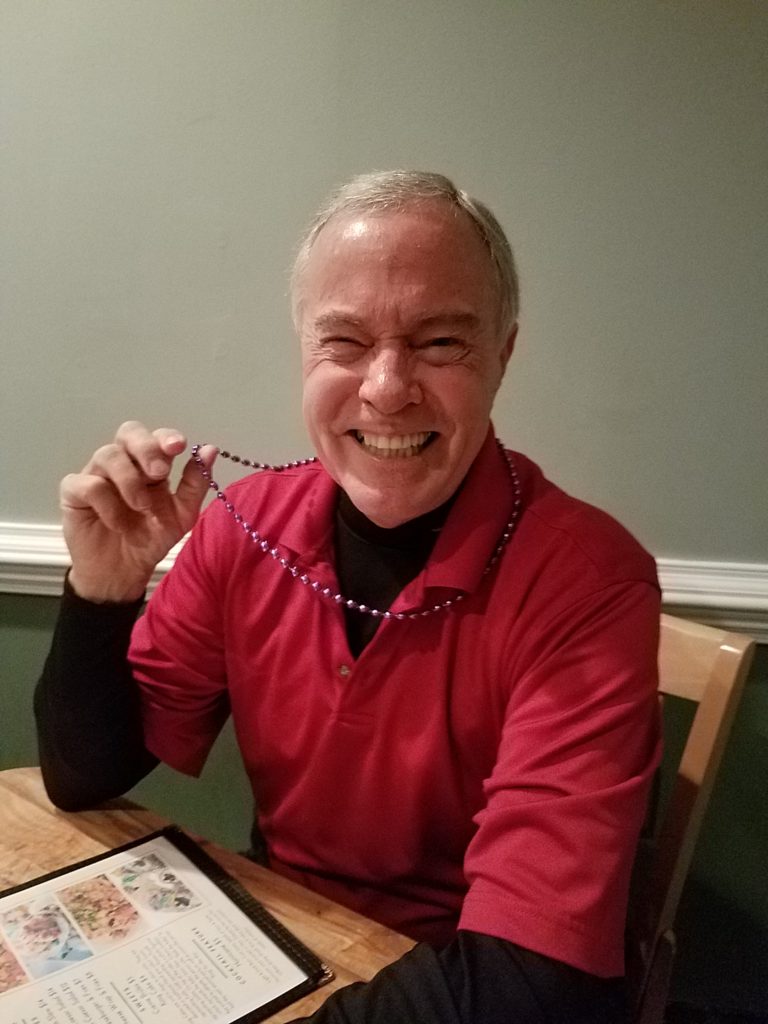 Mike got beaded. Look at that grin. He is one of those people that always has a smile and great experiences to share. 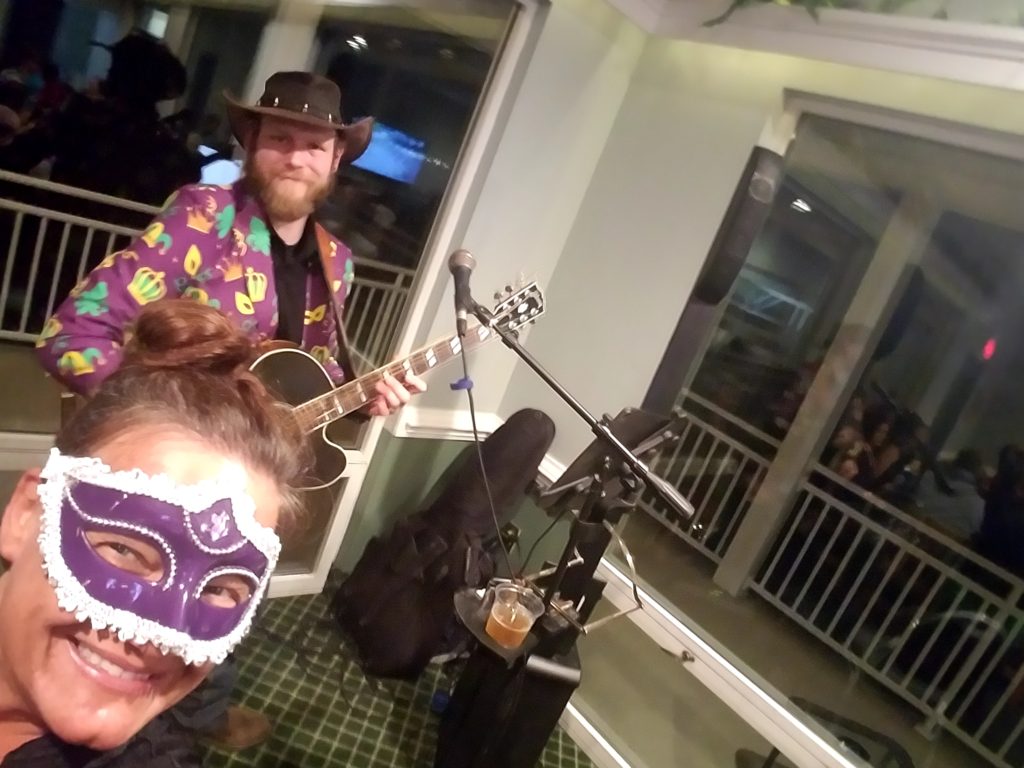 Also I am with the band.