Whiskey Island was the first piece of solid land amid the swamps lining the river one-quarter mile down the Cuyahoga when Moses Cleaveland visited the area in 1796. Lorenzo Carter built his family farm on Whiskey Island, which got its name after a distillery was built on the site in the 1830s. source  This triangular piece of land  is small but mighty at 1 mile long and 1/3 mile wide. 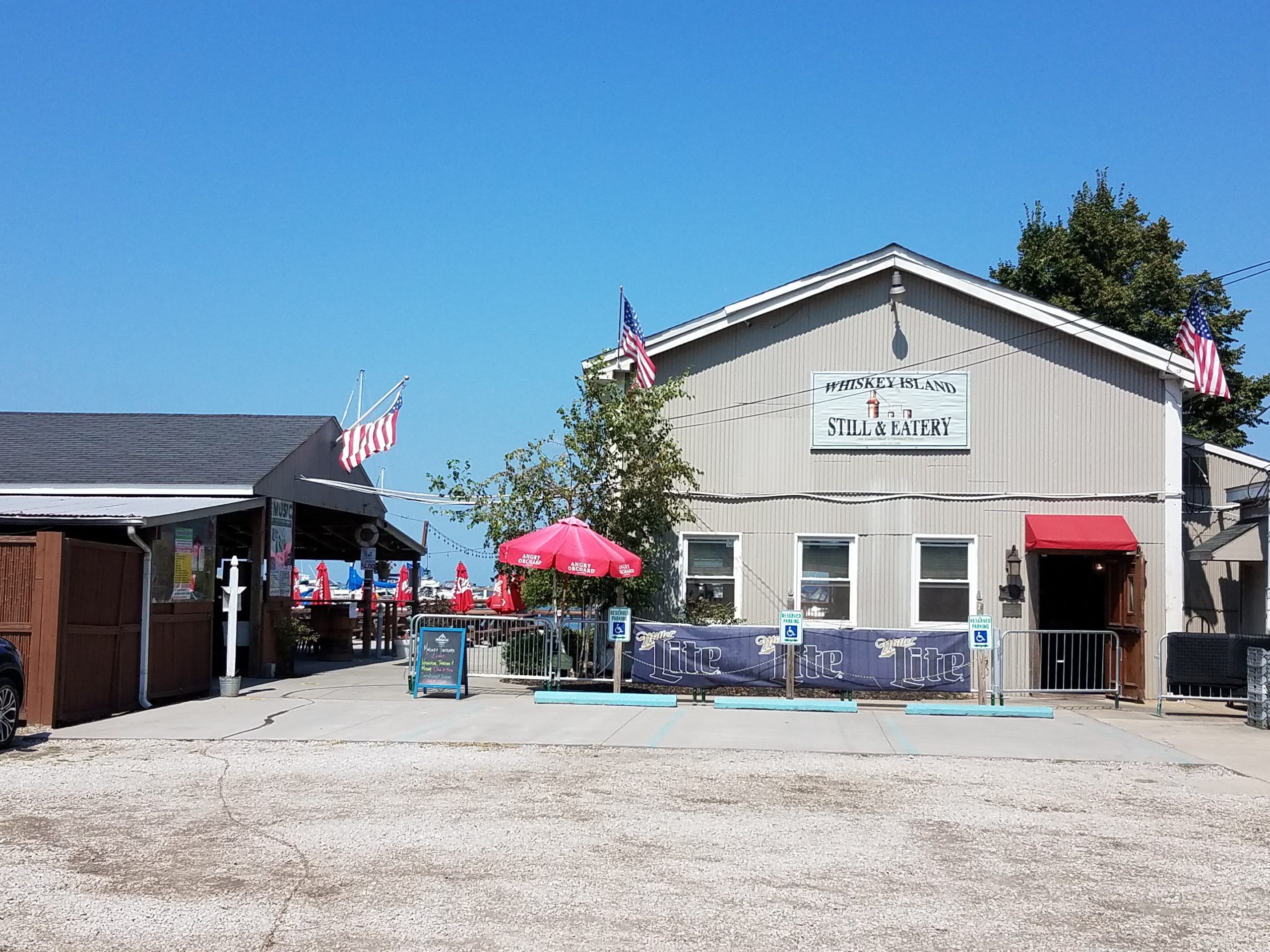 The Cleveland & Toledo Railroad (later the New York Central), chartered in 1853, ran its northern division through Whiskey Island, stopping at the river to ferry its passengers across the Cuyahoga because the city refused permission for the railroad to connect to the eastbound line. The Irish moved from Whiskey Island when better employment and housing opportunities became available. Except for a Depression-era “Hooverville,” Whiskey Island in the 20th century was left largely to the railroads, a salt mine and the last Hutlett Ore Unloaders on the Great Lakes. By the 1990s developers were laying plans to revitalize part of the peninsula as a marina and entertainment complex. source

The reason I enjoy Whisky Island is because of the view of the 2 lighthouses Cleveland Harbor East and West Pierhead Lighthouses.   The East Pierhead built in 1911 marks one side of the inner harbor to Cleveland.  The now automated lighthouse used to house a 5th order Frenel lens.  The lighthouse is not open for tours as this is an active Coast Guard location. This lighthouse is 39 feet above high water and  has a nominal range of 7 nautical miles. 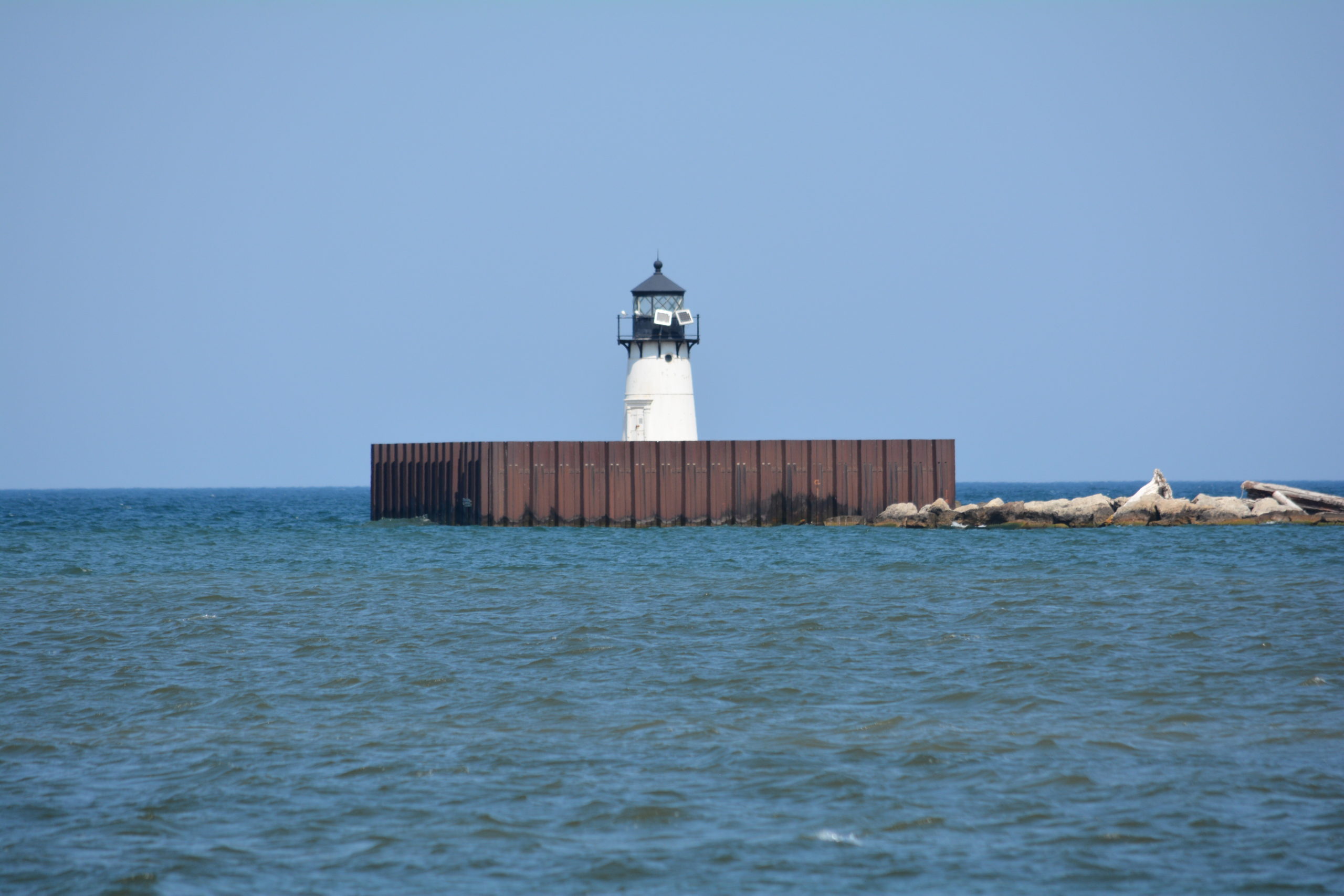 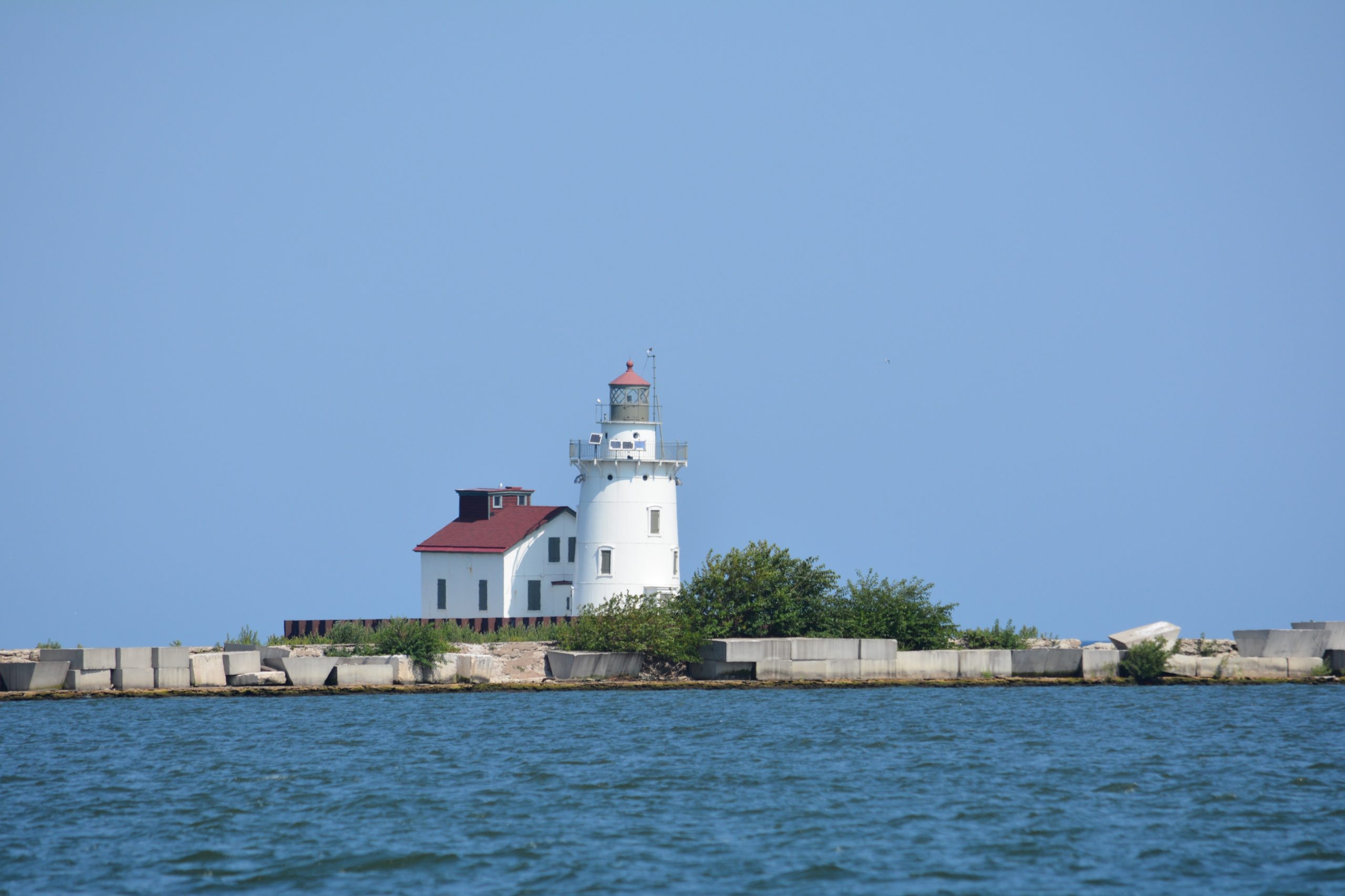