The National Gallery of Art has 10 of his paintings on display.  Located on 3rd Street and 9th Street on Constitution Avenue, NW.  During the holidays the hallway is filled with carols and Christmas spirit. 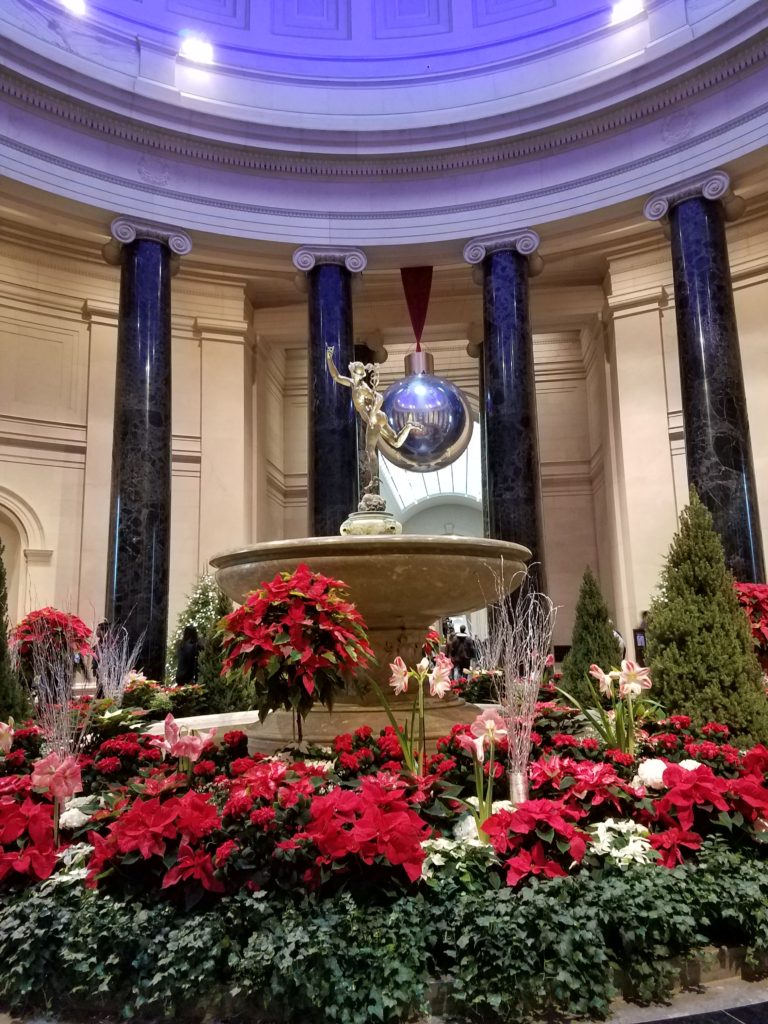 The Roulin Family is a group of portrait paintings Vincent van Gogh executed in Arles in 1888 and 1889 on Joseph, his wife Augustine and their three children: Armand, Camille and Marcelle. source wikipedia 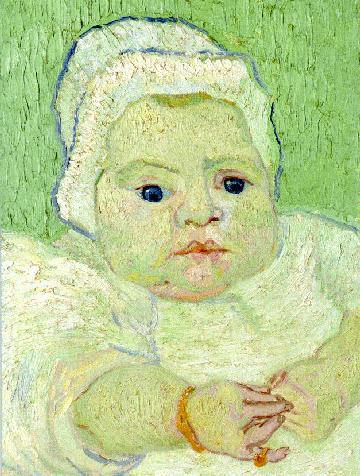 Green Wheat Fields, Auvers was painted during these final months in Auvers. In this village just north of Paris, Van Gogh painted the Romanesque church, the town hall, and some of the picturesque thatched-roof houses. As he did in the countryside surrounding Arles and Saint-Rémy, he also painted more or less “pure” landscapes. source 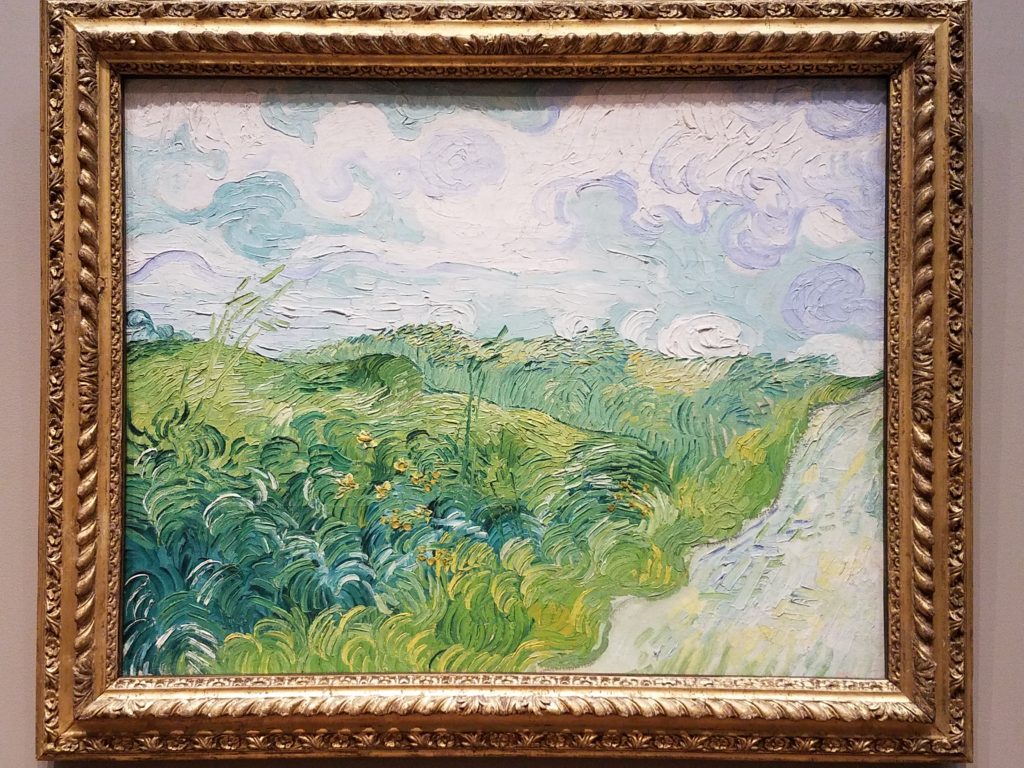 At the end of 1889, Van Gogh painted three versions of this picture. He described the first as a study from nature “more colored with more solemn tones” (private collection) and the second as a studio rendition in a “very discreet range” of colors. source 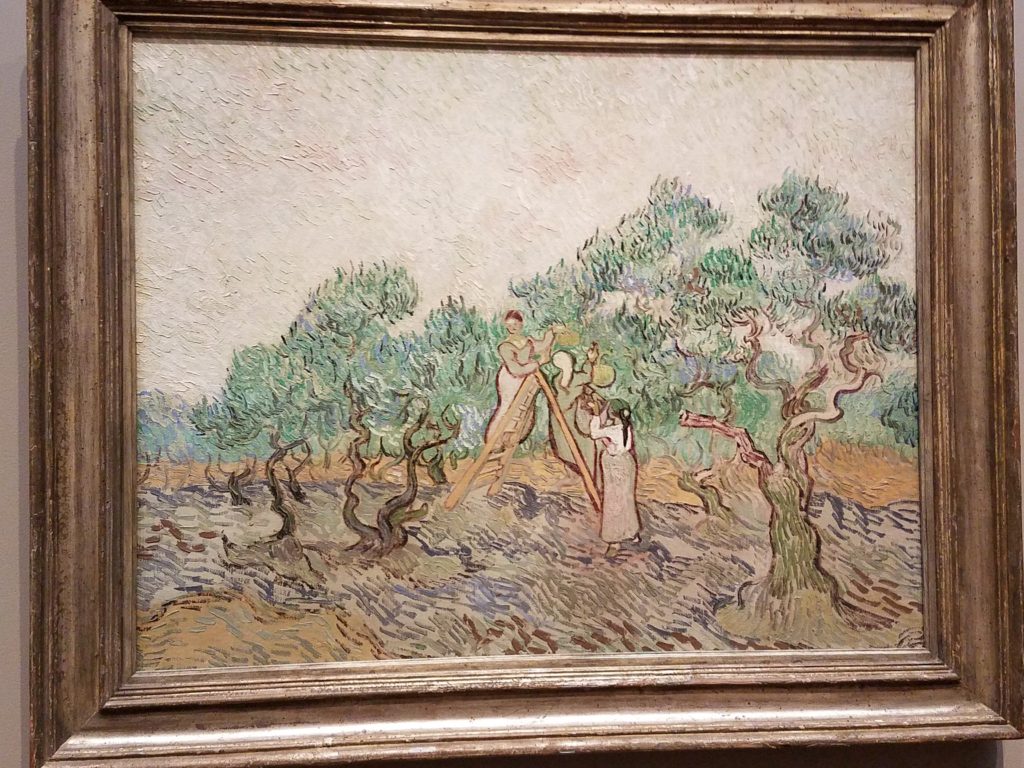 This self–portrait is a particularly bold painting, apparently executed in a single sitting without later retouching. Here Van Gogh portrayed himself at work, dressed in his artist’s smock with his palette and brushes in hand, a guise he had already adopted in two earlier self–portraits. While the pose itself and the intense scrutiny of the artist’s gaze are hardly unique—one need but think of the occasionally uncompromising self–portraits of Rembrandt—the haunting and haunted quality of the image is distinct. source 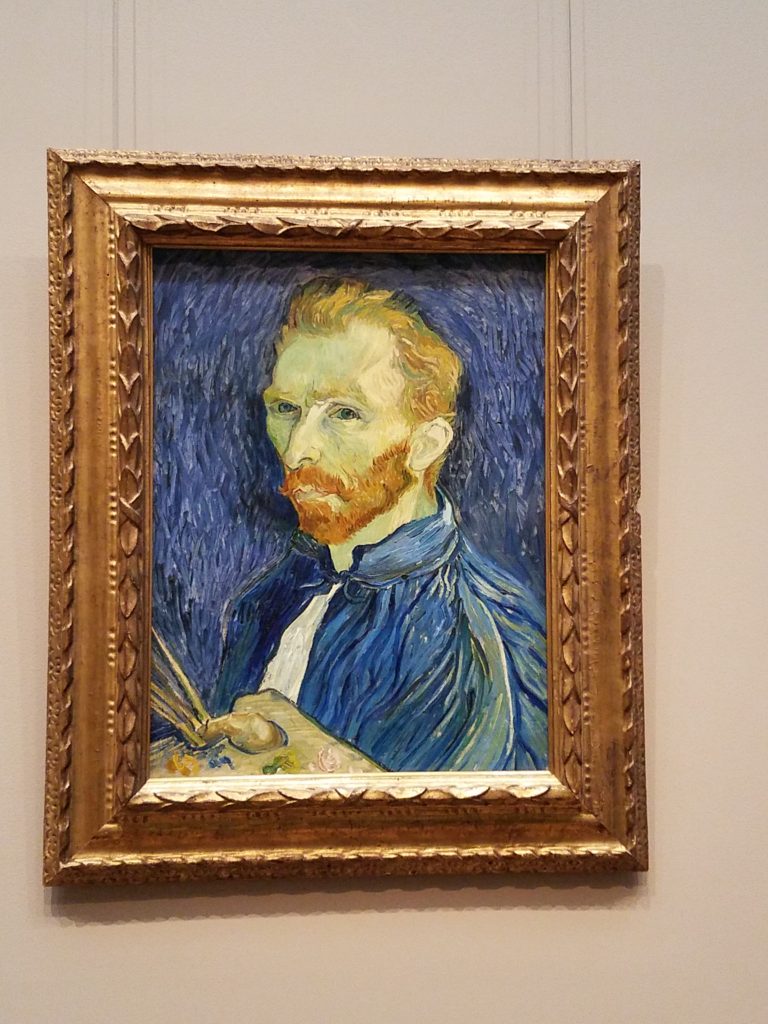 Young Girl Standing Against a Background of Wheat

In his last months of life, Van Gogh made over 70 paintings. It was at this time, living in Auvers on the outskirts of Paris, that Van Gogh wrote to his estranged friend Gauguin, describing his current project:

“I am trying to do some studies of wheat . . . nothing but ears of wheat with green-blue stalks, long leaves like ribbons of green shot with pink, ears that are just turning yellow, edged with the pale pink of the dusty bloom—a pink bindweed at the bottom twisted round a stem. Over that, against a vivid yet tranquil background, I should like to paint some portraits.” source 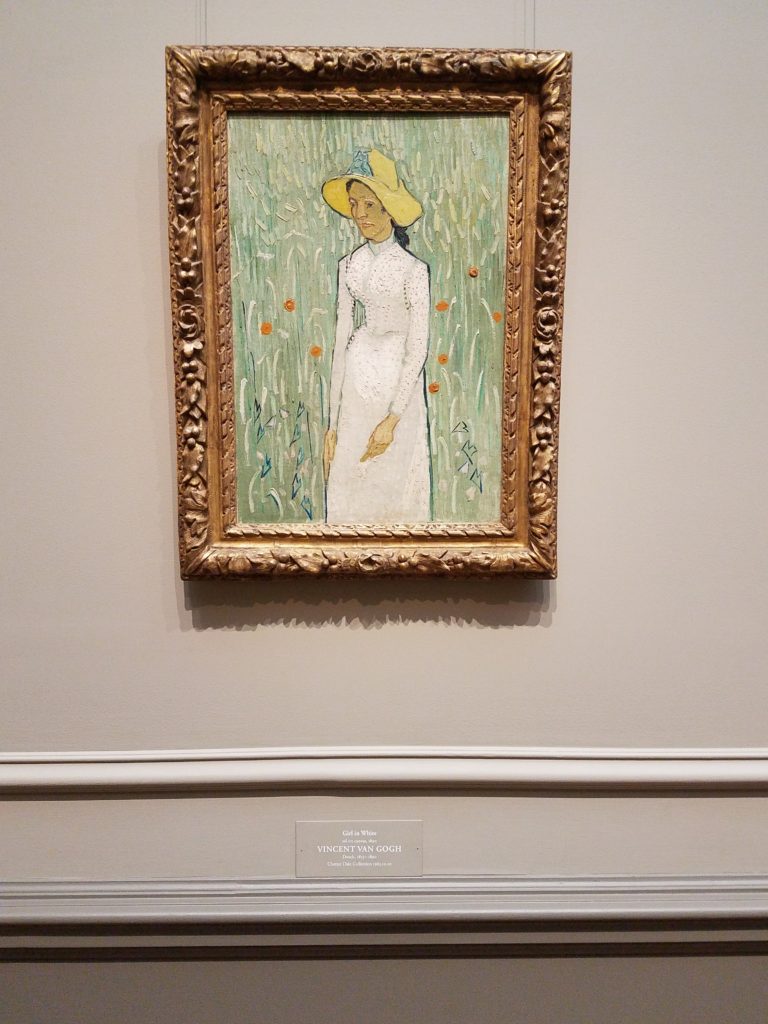