DeMarco and I went to watch the Vikings play poorly might I add at Ireland’s Four Courts at  2051 Wilson Blvd, Arlington, VA 22201.  For anyone looking for fellowship and to watch the game in the sea of purple go to the bar.  They run specials the fans and have the back half blocked off for us. Despite the score we had an absolute blast.  We do 2 songs for TD’s Skol and We’re the Vikings. 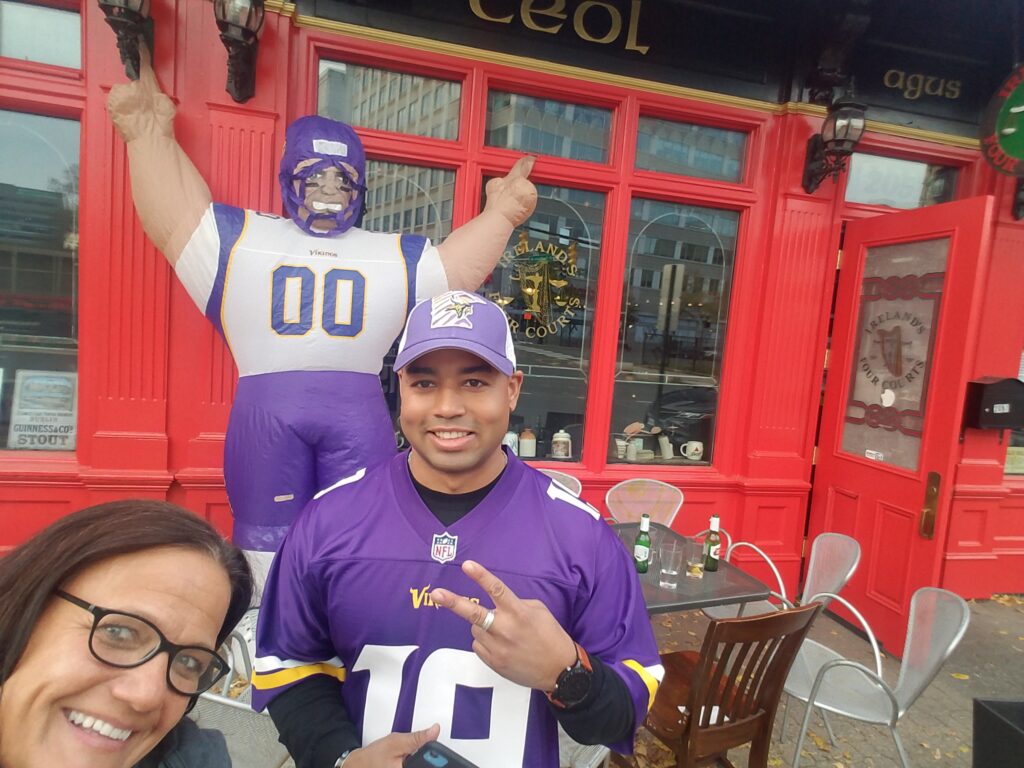