Monticello, “Little Mountain,” was the home from 1770 until his death in 1826, of Thomas Jefferson, author of the Declaration of Independence and third president of the United States.  It is also an architectural masterpiece.  Jefferson was one of America’s first and finest architects and he created, rebuilt, and revised the house throughout his long life. source 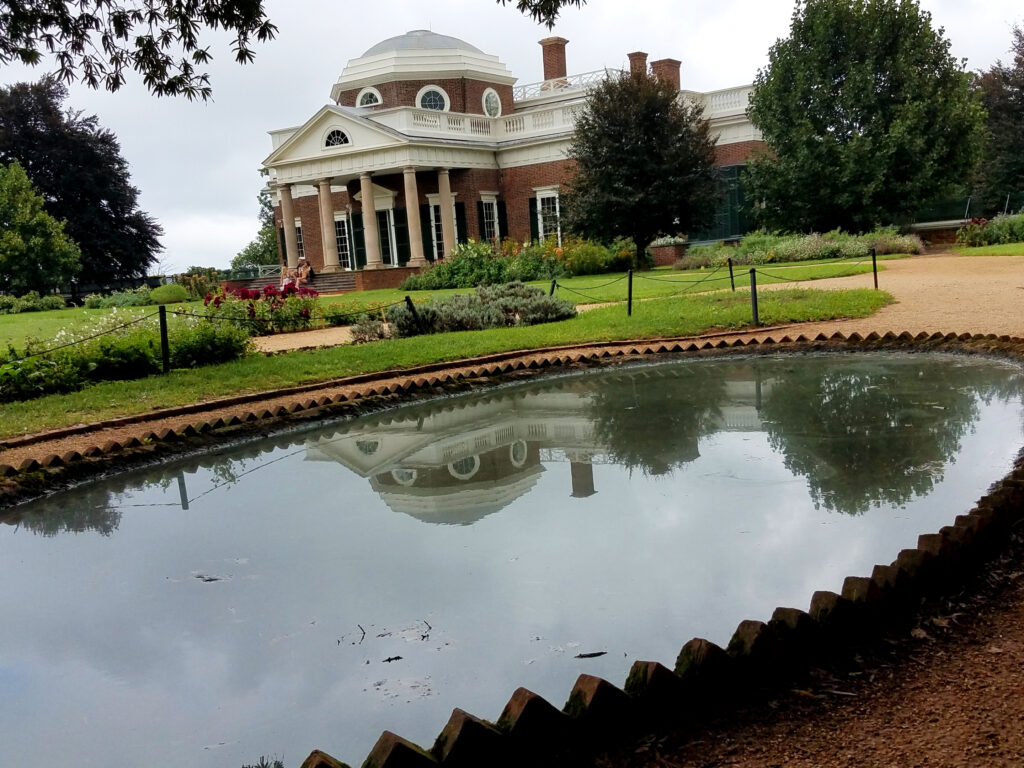 In 1769, Jefferson began building his house on the plantation that he inherited from his father, Peter Jefferson. He located it on top of a hill he explored as a child.  The main house was still not finished two years later. When he married Martha W. Skelton in 1772, he brought her to the South Pavilion, his bachelor quarters, because the house was not yet habitable. The newlyweds arrived on horseback during a blizzard.  The original eight-room house was apparently still incomplete in the 1780s, but even so impressed European visitors with the sophistication of its design.  At this stage, Jefferson knew architecture only through books, and his house closely followed the designs of Renaissance architect, Andrea Palladio. source

The greatest achievement of Jefferson’s first term was the purchase of the Louisiana Territory from France in 1803, more than doubling the size of the United States.  Jefferson immediately dispatched Meriwether Lewis and William Clark to explore the new territory and to continue to the Pacific Coast.  Easily re-elected in 1804, Jefferson had to deal with the effects of the Napoleonic Wars between Britain and France. The Federalists tended to support the English, while the Democratic-Republicans generally leaned towards the French.  In 1807, Jefferson sought to avoid war by instituting an embargo prohibiting Americans from trading with both nations.  The embargo turned out to do more damage to American traders than it did to the British and the French.  It was so unpopular that Jefferson wisely decided not to run for president again in 1808.  At the end of his term, he happily retired to Monticello. source

HOURS
Open most days 10-5 check their page for special tours and events.